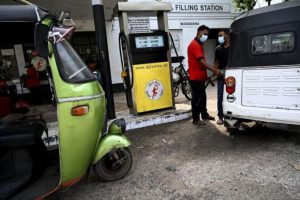 The crisis hit Sri Lanka and raised the price of gasoline by 24.3% and diesel by 38.4% on Tuesday, a record increase in fuel costs in the country’s greatest economic crisis due to a lack of foreign exchange reserves.

Ceylon Petroleum Corporation, the state fuel entity, decided to hike the price of Octane 92 petrol by 24.3 per cent, or 82 rupees, and diesel by 38.4 per cent, or 111 rupees per litre (CPC).

From 3 a.m. today, the fuel price will be changed. The Cabinet-approved fuel pricing formula was used to revise the prices, Power and Energy Minister Kanchana Wijesekara said on Twitter.

All costs associated with importing, unloading, distribution to stations, and taxes are included in the price revision. The modification of transportation and other service prices was also authorised by the Cabinet. He indicated the formula would be used every two weeks or monthly.

The increase came as the public endured long lines at fuel stations affected by shortages. The retail costs of petroleum have also been raised by Lanka IOC, the Sri Lankan arm of India’s oil behemoth Indian Oil Corporation.

According to Manoj Gupta, CEO of LIOC, “we have upped our prices to match the CPC.”

Meanwhile, auto-rickshaw operators announced that the first kilometre would cost 90 rupees and the second would cost 80 rupees.

The government announced that directors of institutions would have a choice over which staff would be required to report physically as a cost-cutting measure. Allow the others to work from home.

Since 2002, Lanka IOC has been operating in Sri Lanka. As the government grapples with a serious foreign exchange crisis, Sri Lanka has been considering several possibilities to facilitate efforts to prevent fuel pumps from running dry. 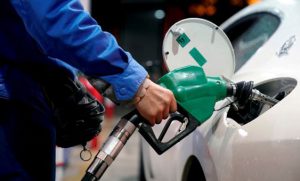 The island nation is experiencing extraordinary economic difficulties, the worst since its 1948 independence from Britain. Due to a lack of cash to pay for imports, it is experiencing a shortage of practically all necessities.

Long lines for fuel, cooking gas, and other commodities have formed due to a catastrophic scarcity of foreign funds, while power outages and increasing food costs have added to the people’s misery.